When it comes to sending rounds downrange, whether for competition, defense or just fun, the more stable position the better. A good, solid prone firing position beats kneeling every time. Kneeling trumps offhand, and so on. But sometimes, shots must be fired not only standing, but moving at pace. From on the clock in competition to a fight for your life, shooting on the move remains a critical component of every shooter’s training regimen. 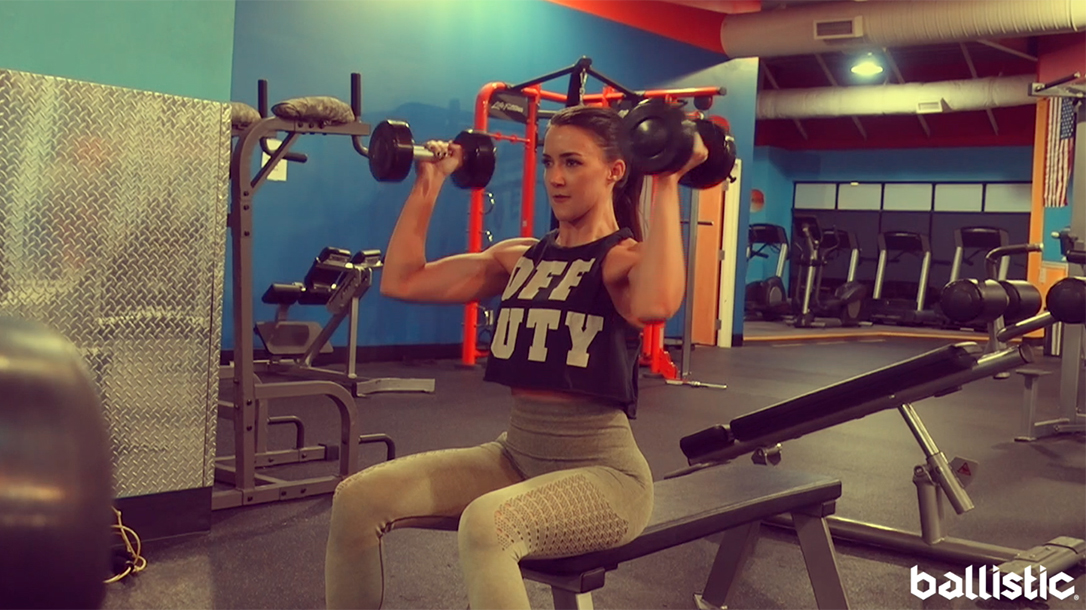 11 Exercises That Will Enhance Your Shooting Technique and Your Core

Shooting on the Move

So we wanted to share this Speer video featuring one of the very best shooters to ever do it–Pat Kelley. Now Pat comes from the world of gun games, where he’s tallied championships in virtually every discipline. He can aim and shoot small, knock ’em out of the air or run-and-gun with the best of them. But Pat’s prowess shined brightest over a long, decorated career in 3-gun. So you know Pat knows just how to sling lead on the move.

In any type of shooting, regardless of position, target transition, or speed, the basic fundamentals of shooting remain. Shooting on the move, though inherently less accurate than shooting off the bench, still requires the same–if rapid–application of the fundamentals.

“Now, the fundamentals still apply,” Kelley explained. “You still have to hold the gun with both hands, proper grip, address the target–good, firm grip, trigger control, and sight alignment. Nothing changes.”

To properly shoot on the move, start by slightly lowering your center of gravity, bending the knees. Use that bend to absorb all the ground undulations and the body’s tendency to rise and fall as you move. Try to glide as you go, rather than simply plod along.

“You’re going to transport your body through time and space via your lets, and the legs are where it’s all at,” Kelley said. “While you’re moving, you want to have your knees slightly bent, and go heel-to-toe as smoothly as possible. Let your legs work as shock absorbers and take up the bumps and jumps on the ground.”

3. Be an Abrams Tank

Be a tank! No, not Frank the Tank, but a legit, badass American fighting machine-the M1 Abrams. While the Abrams rips up the countryside flying into battle, the turret seemingly floats along through space, always ready to deliver its deadly payload. That’s what you’re trying to accomplish, like a duck on the pond, all the chaos happens below the surface. But up top, you remain steady and smooth, always ready to break a clean shot.

“You ever watch one of the videos of an Abrahams tank flying along, with the gun sitting still? That’s what you’re trying to emulate while shooting on the move,” Kelley said.

NAAGA: Bringing Black Gun Owners into the 2A Community

Ukraine Multi-Gun Shooters, Civilians Train Up to Fight the Russians