by Ballistic Staff
in Culture, Lifestyle, News, Videos
0
0
SHARES
106
VIEWS
Share on FacebookShare on Twitter
Update: The video of the Global Precision Group shot was taken down from YouTube, but the details are below.

Team Global Precision Group pulled off a remarkable shooting feat recently. The team got together and made a shot previously unheard of before, when Paul Phillips hit a 32×48-inch target at an astounding 6,012 yards, or 3.4 miles away. 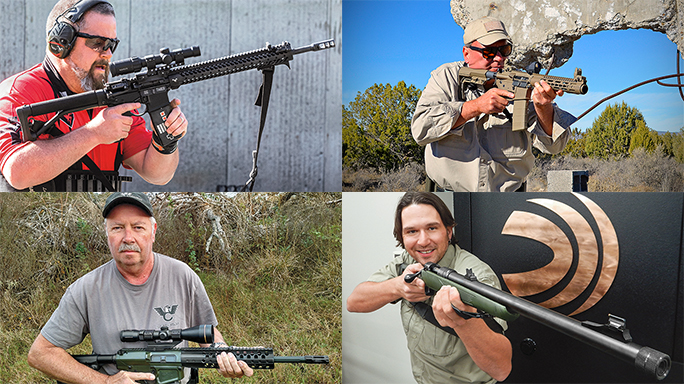 Phillips, of course, is no stranger to shooting at extreme distances. The Global Precision Group shooter is the reigning NRA ELR National Champion. Also, teammate Derek Rodgers is the reigning FTR World Champion, and teammate Mark Lonsdale is an internationally ranked competitor.

The three huddle around a launch pad nearly worthy of sending up a space shuttle. Aside from the three-man crew, Team Global Precision Group rocked some serious gear, including a Garmin 701, Kestrel 5700, Labrador chronograph and Applied Ballistics Analytics. Two teammates tracked impacts on spotting scopes, while downrange video cameras send back a live feed to the team.

Most incredibly, Phillips dialed up 625 MOA from his 100-yard zero, 10 degrees of barrel angle. In his shooting position behind the gun, the angle looks as though Phillips is about to send an artillery round downrange. And maybe that’s not so far off, considering the team selected a rifle chambered in .416 Barrett, launching 550-grain bullets.

Then the video shows Phillips, after 21 cold bore shots, make final adjustments and find his mark. The bullet then takes a full 17 seconds to hit the target after being fired. As Phillips launches a second shot, he receives confirmation of impact, and the celebration is on.

Garmin Tactix 7 Series: is this the Ultimate Smart Watch for Outdoorsmen?